Just got the "new" X5 ABS extruder in

Okay, I ordered the new ABS extruder from my USA reseller and it arrived a couple days ago. I ordered it because Jason from TT support said: “The default print head is PLA type, not suitable for printing ABS, for prolonged use the ptfe tube inside could degrade and cause clogging.” Original thread: https://forum.tiertime.com/t/plastic-stops-extruding/1775

I haven’t tried the new ABS extruder out yet but I did take the cover off and took a look at it… and it looks exactly the same as the supposed PLA extruder that came with the X5. Also, the pictures on the listings to buy the different extruders are exactly the same with the letters PLA and ABS seemingly photoshopped onto the first image.

This is what I was expecting: ABS/PLA/TPU. In the ABS version of the extruder, there is a fan duct that can be switched so the air from the fan doesn’t blow on the part you are printing which is absolutely essential since ABS parts warp easily due to air flow around the part.

Because both extruders seemed identical in every way, I took them both apart to see if maybe the tube inside the hot end was different, but they are still identical. 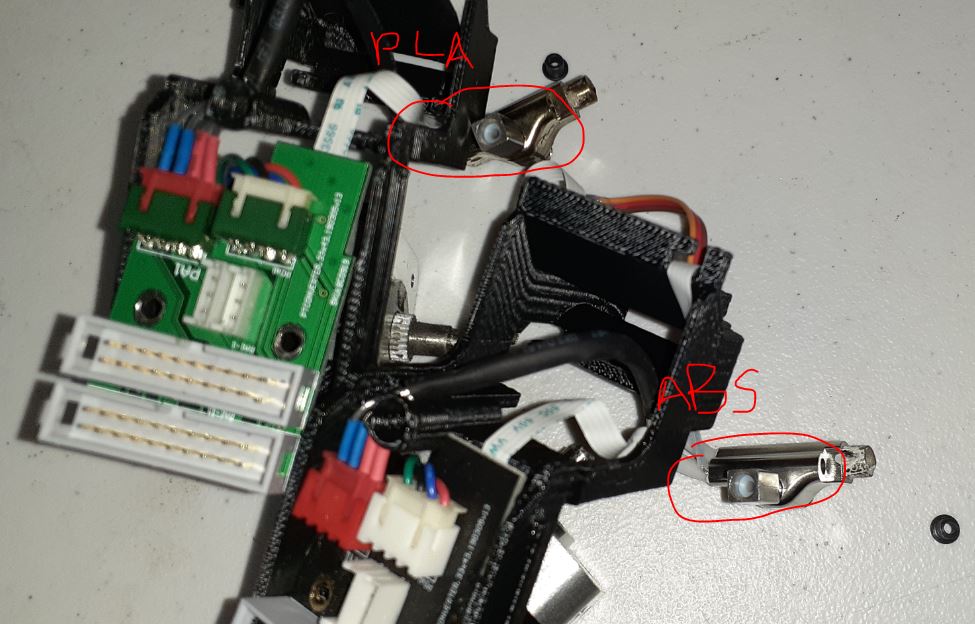 So Tiertime, why does the ABS extruder I just purchased look exactly the same as the PLA extruder that came with the machine? Also, why wouldn’t the X5 extruder have the fan duct switch?

Here are the listings for the X5 PLA and ABS extruders that look identical - : PLA vs ABS

The ‘ABS’ extruder is supposed to just use the classic Tiertime hotend assembly where the cold zone throat of the extruder isn’t lined with PTFE. The PLA/TPU hotend is a new creation from Tiertime which enables users to actually print lower temperature materials properly.

I would talk to your supplier and ask to swap the PLA hotend part for the ABS one to complete your ABS extruder head.
Make sure the actual printer cover also has ABS printed onto it. The air ducting path is more suitable for printing ABS.

Just out of interest, do you know why it has two large ribbon connectors on the top? I’ve never seen this before til now with the X5 heads.

I think it’s different for the X5.

I would talk to your supplier

Already did. This is what they sold me. 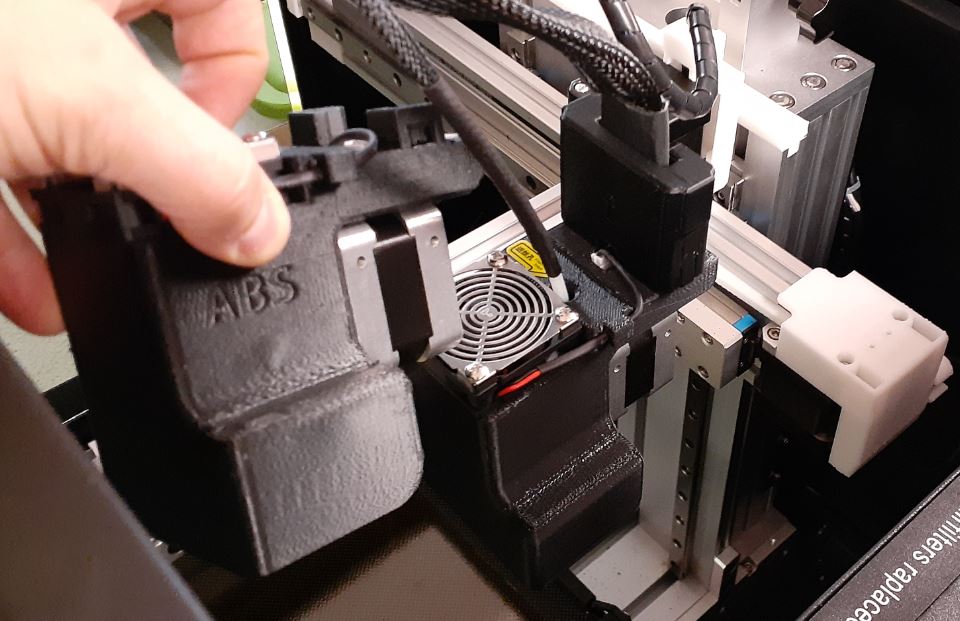 do you know why it has two large ribbon connectors on the top?

Don’t know why. This is my first time with this machine.

The extruder hotend should be different, you may contact your reseller to replace the whole extruder.