UP Studio Vs Other slicers

There are quite number of user who also use open source machines with Cura/Simplify3D/Prusaslicer and etc.

We are interest to know what features or anything in other slicers (not limited to above) are great to use but still absent in UP Studio?

I would like to see a nozzle and bed temperature control during a print.

I have a few request:

Basic material / nozzle temperature control. Even rudimentary as it was in Up studio 2. Any sort of communication between slicer and the Wand thing. Wand is terrible.

Also need to see actual temperatures in degrees not a percentage. When you start a print it is not clear what temp the nozzle was set to and what actual temp is. It has always been some percentage even in v2. It has been asked many times. It is hard as is to set the most important and basic parameter - nozzle temperature. Then you slice and save some TSK file, have no idea what went into it. It is not G-code like every other printer but some proprietary binary. Had many ruined prints and hotends because of temp mismatches. 3 days spent on printing a part that I had been printing for 3 years on a MK1 then an MK3. v3 looks good on paper, slicer has many options but the interface is clunky and things don’t work. It is also very hard to determine what goes wrong now, is it the filament, is it the hotend, is it the slicer, now you throw in a new variable - is this feature working or it’s broken? Calibration is also weird now.

Please add a “Gap Fill” path mode to the slicer, otherwise it is not possible to achieve 100% solid fill parts! This is absolutely, totally ultra crucial for any mechanical parts! 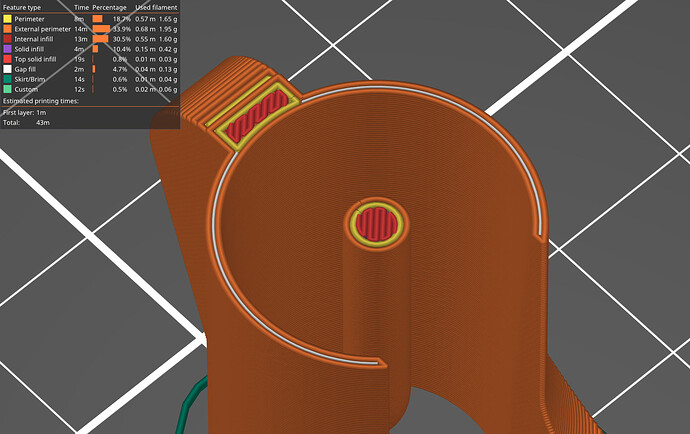 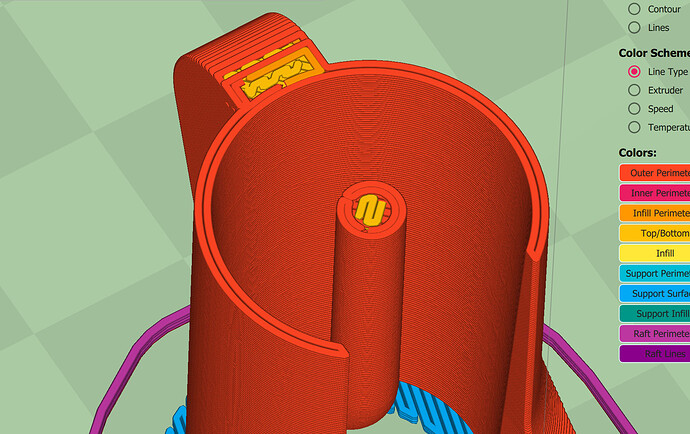 Very thin walls. Sometimes all that is needed is a single 0.5mm thick wall, but there is no way to achieve this. Minimum effective wall thickness with a 0.4mm head is 1.2mm.

I know thinner walls are weak, but they are fine when used in support. It would be nice to create walls that thick at times. Single layer walls.

Variable Z axis steps within a single print - eg, can switch from 0.2 to 0.1 for some lines, so that a part with a very fine section can be printed on another part that only requires coarse resolution, without making the whole thing print at the lower resolution.

Variable Z axis BTW would be like “Antialiasing” for printing - You could even apply it automatically where the angle exceeded 70 degrees, so that it fills in the missing steps with half-steps. Would make the tops of prints with curves look a lot nicer.

I would like to print out of the slicer direct to the printer.
Export from slicer, import to wand is old school … in all my other slicer i could send files direct.

Also it would be great if the documentation could be completed and all options are there.