Up Plus USB error

(asking for somebody else)

An Up Plus had a temperature error (nozzle too hot). But sometimes it worked but wouldn’t get hotter than 60 degrees.

There was a new hotend installed but the temperature still didn’t rise. They touched the wires a bit and probably shorted them causing the printer and software to crash. After that the printer had connection/USB problems. They waited a while, removed all connectors etc and got this message: 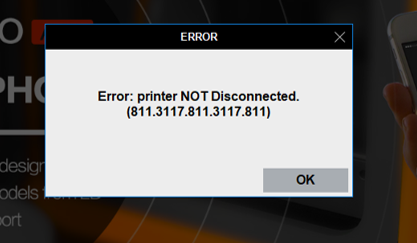 They tried an older version of the Up software and sometimes that works, they get a connection again. But the software shows the hotend is 300 degrees and the platform is below 0.

I now suggested they install version 2.18 of the old software on a different/new system and use a new USB cable without a USB hub.

If you fiddling the cables will triggered errors, then I think the machine has hardware issue.